Also known as the year from hell. I think this is the first time everyone has been so unanimous in terms of their opinions towards 2016. It’s a pretty shitty year.

But before we say good riddance and goodbye, I think it’s important to reflect and readjust ourselves for the new year. 2016, for me has been an exceptionally trying year. The trials and tribulations just would not let up and kept piling on top of one another. It felt as if I was buried in them. I have never felt more overwhelmed with life as I was in 2016.

However, instead of recalling all the awful things that happen, I have decided to take a page out of 2016 and learn some lessons.

2016 was a year of major change. Besides Trump being elected as president, the world felt as if it was moving in hyper speed. I have always been someone who feared change and am unintentionally resistant to it. Most of the time, it isn’t because I am content with the current state of being. More times than not, the current situation could do with a little change and improvement. However, the prospect of things changing for the worse terrifies me. The idea of making wrong decisions and being forced to live with the consequences. I fear the consequences of change more than change itself.

Not all change is wholly bad or good, but, all change comes with challenges. These challenges may seem daunting at first, overwhelming at times. For instance, 2016 was the year that I decided to move away from my career in retail into something more creative. I would never have made this change if it weren’t for terrible events that made me do a whole lot of thinking and self-reflection. As cliched as it sounds, things happen for a reason. Horrible happenings might be jolting you out of your current course and taking you to a different one.

The challenges that follow that change might feel like a series of unfortunate events, piling itself, one on top of the other. Take a step back and realise that these are challenges, little rocks that scratch you as you speed down a new course. They are not permanent. You will get through them, even if you think you can’t. You will.

And you will come out of it, better than you were before.

If you are lactose intolerant, be warned because here comes the cheese. Cherish every moment you have with the people you love and more importantly, make time for them, despite your own laziness and reluctance. I understand how it can be, social situations are tough, even if they are filled with people you have known for years. They take up so much energy and can be utterly exhausting.

Get off your ass and make plans.

I’m so thankful for my friends who understood my situation and adjusted their plans to accommodate me. It was a blessing in disguise too. Because we ended up spending more time one on one, talking instead of partying. I felt this year, we opened up more. It used to be just mindless fun. Now, we consult one another and took our friendship to a new level.

Know that life may pull you and your loved ones in different directions. Hence, make every moment count. In 2016, half of my close circle of friends moved away from Singapore. Josh was in Copenhagen and then Manila. Jen was stationed in Myanmar for work. Diyanah left for Japan. And Liz is moving to Vietnam. One by one, it felt as if all my friends were leaving me. I fell into a black hole of loneliness, doubtful of long-distance relationships.

Thinking about it now, I am crawling out of my anti-social black hole slowly but surely. I am going to make the friendships still here with me count. Who knows where life will take us next? New friends are great, but they can never replace years of familiarity and friendship. So cherish that.

Opening Up & Reaching Out

When life overwhelms you, reach out. I am grateful for the people in my life who listened to me without judgement and embraced me at my lowest. For so long, I have thought that keeping a fun exterior is essential to keep the friends that you have. No one wants to hear you moan and whine about life. I never wanted to be a downer.

Eventually, it will all be a little too much to handle. The negativity that you buried deep inside will fester at your soul so, it’s important to let it out. We all need an outlet. At times, it’s scary to think that you might be judged or ridiculed, but at the same time, it’s an incredible feeling to be accepted despite your flaws. You feel bonds strengthen and it’s good to have a sounding board to make sense of certain thoughts.

I came clean with a few friends this year about certain issues and finally opened up after years. It was such a relief. No more hiding and white lies. Words can’t describe how liberating it feels to be completely yourself. For most of my friends, I came clean too late and they were gone by the end of the year, no longer in Singapore. Nevertheless, I don’t regret opening up even for that short period of time.

I think it’s time we let more people into our lives. 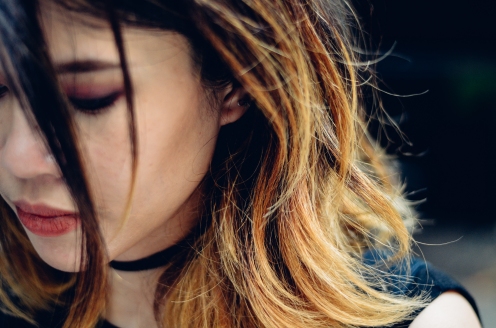 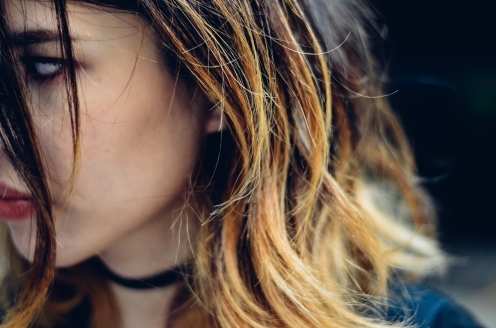 I vow that 2017 will be my most selfish year. I had a taste of being alone a lot in 2016. Time by yourself can be a blessing and a curse. You become acutely aware of your shortcomings. There is such a thing as too much self-reflection and self-awareness. The more you understand yourself, the more you think about ways to better yourself. The more you are on your own, the more you realise that ultimately, despite your friends and family, you are alone. Everyone has their own lives and existence to deal with.

In 2016, I was overwhelmed by the feeling of being left behind. I was unable to adapt to all the changes in my life and all my friends’ lives as well. It felt as if they were zooming past me in life, making things happen, working overseas. Whilst I was still struggling here, on my own, trying to figure my life out. It made me feel alienated from the people I loved. It was unhealthy.

After opening up, it helped me reconnect with them on a deeper level. But more so, I have reconnected with myself. I realised that no one owes me anything except myself. I owe it to myself to take care of me. Because no one else will. No one else can.

So instead of relying on the external, people who might let me down without them realising it, people who can’t be there even if they say they will… You need to be there for yourself. Hence, 2017 will be the year of self-care for me. Unabashed selfishness. I’m going take care of myself both physically and mentally.

As 2017 begins, I am griped with anxiety. Perhaps because 2016 was a major low for me, I fear that 2017 could be the same. It’s tough to put these anxious thoughts aside as I continue to pen down my resolutions and goals for the new year. I repeat to myself “It’s just another day”. Perhaps it’s the placebo effect of making resolutions but it feels as if I am starting on a clean slate.

2016 has changed me fundamentally. I have discovered facets about myself that I never knew existed. I have realised both the fragility and strength of relationships. I recognised the people in my life that mattered and the people who don’t. Not all friends are created equal. There were people who went out of their way to make time for me, who had me in their thoughts and made me feel loved, even when I don’t love myself. I realised the true value of money and learnt to appreciate the things that I have, to use things to its fullest capacity.

I enter 2017, a different person with a new set of goals and priorities, with nothing but the hope that things can only go up from here.