As the hype finally died down, I thought it would be a good time to post my thoughts on the Singapore Coffee Festival that happened a couple weeks back on 9 to 12 June. I personally bought a one day pass the instant I heard that this festival was happening. According to what I read, the Singapore Coffee Festival was supposed to be a gathering of both niche and mainstream coffee companies and cafes, to showcase their beans and brews.

The location was inside the F1 Pit Building. Though the air conditioning was much appreciated as it was completely packed with people, I had expected an outdoor, fair-like event. It didn’t feel like a festival, more like an exhibition. The different coffee brands had booths and it was incredibly hard to navigate due to overcrowding in such a small limited space. Half the time, all I saw were the backs of people’s heads as I shove through the herd of people to even catch a glance of the booths.

My height was a definite disadvantage here.

I will summarize my Singapore Coffee Festival experience into 5 main points.

1. Local brewers outweigh the international ones.

There were the usual suspects such as Common Man Roasters, Chye Seng Huat and a couple of familiar coffee places popping up. Some international booths too, such as the “Roasted in Japan” booth consisting of three Japanese coffee roasters, Indonesian coffee beans and some Aussie ones. However, most were local and the international booths are less attractive. Some just selling their beans and roast without the facility of a coffee maker.

In that case, there isn’t a significant different between going to the actual cafes and going to the festival. The only advantage would to try out all the popular coffee brews in Singapore all at one go.

This brings be to my second point.

2. It’s almost impossible to try everything.

To be honest, I couldn’t try as much coffee as I would like because the lines for all the popular booths were insane. But it did drove me to pay attention to the emptier booths.

But other than that, you will find that most of your coffee fest experience is just you waiting in line to get your cuppa. For example, the “Roast in Japan” booth took me about 30 minutes to get my hands on a cup of hand drip coffee, costing me $7. Food booths were equally crowded. Particularly the third floor as we had to purchase tokens in order to pay for the food.

3. The token system was a total rip off

The second level had an area where majority of the food stall are located at. Nestled in the middle of the crammed area is a sprinkling of tables and benches, random hammocks and a small stage where local acts were performing. The cafe food was made fresh, which a plus. However, the confined environment of the Pit Building meant that the entire floor will smell like a mixture of every single food you can think of. And it will stick to your hair and clothing, all day long.

Ventilation was definitely an issue here. And the token system. Basically for the food stalls in that level, we had to purchase tokens in order to purchase the food. The lines for the tokens were so long that you would want to bulk purchase these tokens, resulting in wasted tokens, if you don’t finish them up. And unless you buy the right amount of food and drinks, you will end up with small tokens you can’t use to purchase anything.

I don’t understand the reason for this completely separate system, other that to exploit us for more money. The other booths in the levels below accepted cash, no problem. Just the food stalls, funded by DBS had this ridiculous system.

That aside, the food was decent. Mostly cafe food, such as burgers, fries, pasta… The usual suspects. Everything had to be purchased, not at all at reduced prices. So expect steep cafe prices. 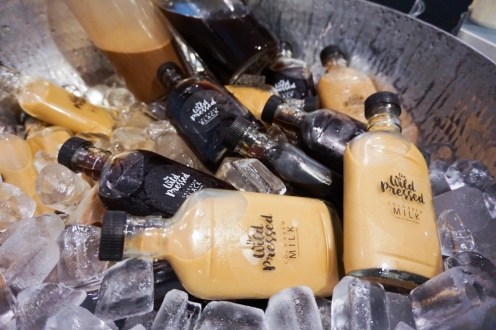 4. Coffee was the saving grace

Despite all that, coffee managed to save the day. I didn’t get to try as many as I would want, considering that I had to pay for entry. Latte art was practically non-existent due to the mad rush for coffee and long lines. Yet the beans spoke for themselves.

Cold brews are all the rage it seems. People love the cool, apothecary style bottles that houses the smooth brews. Cold brews are made by steeping the coffee grounds in cold water for 24 hours or more. This makes the coffee smoother, less acidic and less bitter as well. I prefer mine with milk and a little sweetened. Though the one I had from Two Bakers in French Vanilla was way to sweet, there are some which are sold completely unsweetened.

My favourite is Huggs Coffee, especially their Latte Gula. It was bomb! Their beans are nutty and lightly sweetened with gula melaka, creating a coconut after taste that’s so different and lovely. Plus they were on of the very few booths that were giving out free coffee. A close second would be Chye Seng Huat’s brews that were bold and more acidic in flavour, but still very aromatic and smooth.

Overall, it was a good caffeine driven event. However, it was a bit of a waste of money to be honest. Most of the cafes featured are in Singapore and you can visit them at your own convenience, without the giant crowd. The freebies are cute, but not enough to warrant the amount of money your will be spending on the food and drinks. Personally, I feel like the prices should be slightly reduced for the event. Also, the location is not ideal at all, a nightmare for anyone with a fear of crowds.

I wouldn’t go for the one happening next year. But I’m glad I went for it this year to form my own opinions on this. 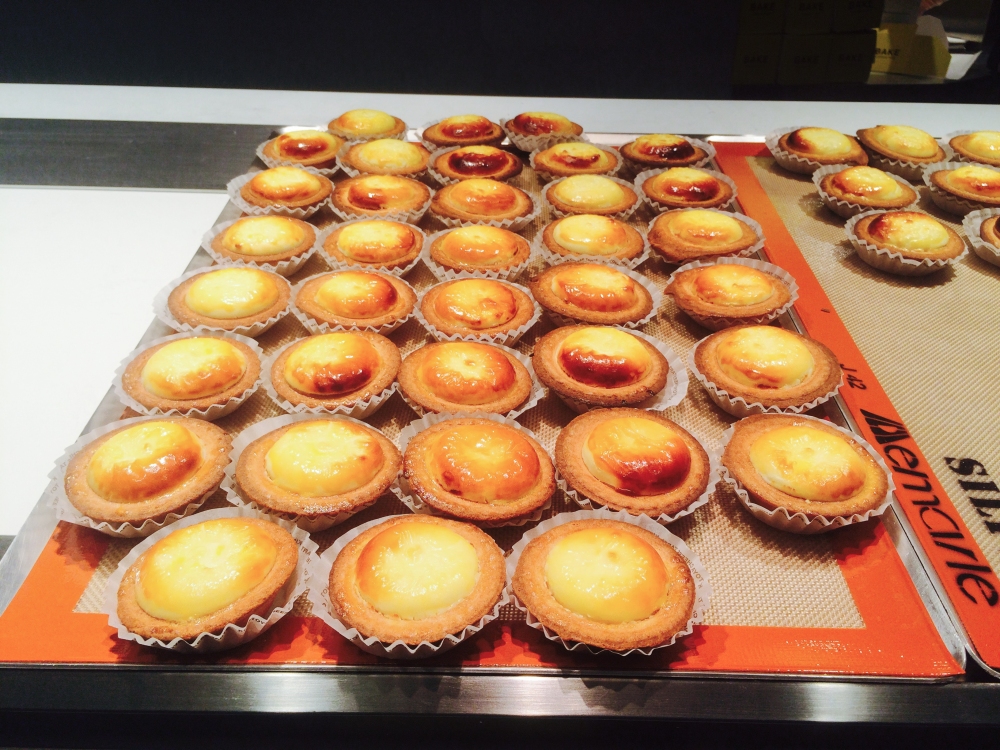